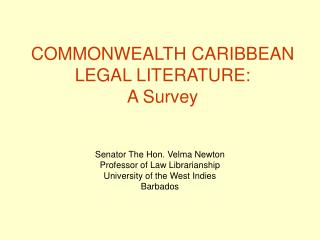 Intuition Synergism A Literature Survey - In this research paper our topic is about intuition synergism. the reason of

Survey of Literature - . make-up work for semester 1. when was the last time you ran into a cyclops on your summer

LIMBO, LITERATURE AND ALL THAT JAZZ: CARIBBEAN LITERATURE - . presentation for the teaching caribbean diversity

Survey of American Literature - . from the new land to american romanticism. the native americans. the earliest americans