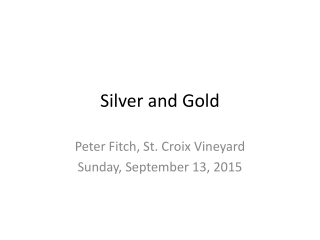 Buying Gold and Silver - When buying gold and silver, what is best, allocated or unallocated protection? visit:

GOLD,SILVER,MINERALS - . gold. gold is an expensive source of material its not a need not a want. silver. silver isn’t

Comex Gold Silver - Comexgoldsilver.com is a financial advisory firm with a vision of offering accurate and profitable