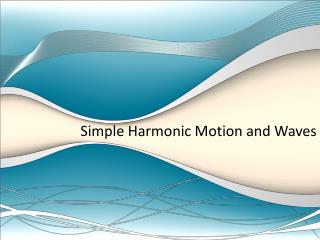 Mechanical Waves - Chapter 15. mechanical waves. the propagation of an vibration in an elastic medium. wave: any

Simple Harmonic Motion - . physics. simple harmonic motion. back and forth motion that is caused by a force that is