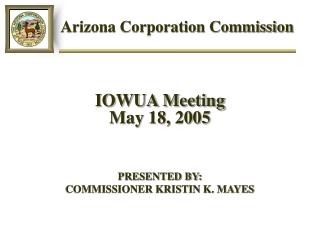 Arizona Corporation Commission - . how working together the acc and asua can meet the challenges facing arizona’s small

ARIZONA CORPORATION COMMISSION SECURITIES DIVISION - Who we are. the securities division is one of seven divisions within