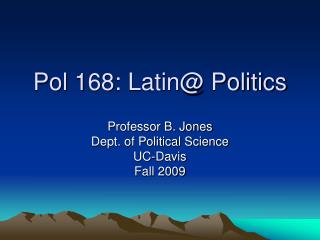 LATIN ADJECTIVES - . general principles. as in french, latin adjectives can go before or after a noun. they more often go

The Politics of the Internet – Week Five Overview - How is the internet affecting domestic politics? traditional

Global Environmental Politics - . the rise of the private sector. topics. current affairs what is global environmental