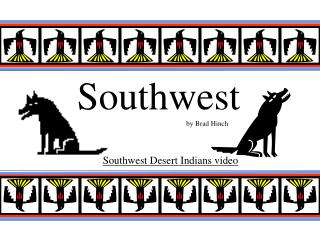 The Southwest - . what is special about the landscape of the southwest?. can. yon. ar. id. carved. travel america. hik.

Southwest Airlines - . “grab your bag, it’s on!”. the history of southwest. 1966-the company was officially formed

Southwest Asia - . geographic understandings. the rivers are important because much of the region is desert or

The Southwest - . by: alex, brianna, liam, and justin. the southwestern dust