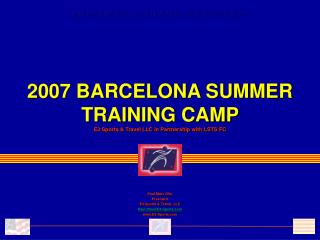 Summer Camp - This summer give your children something exciting to cheer at. enroll their names in the summer camp

Summer Camp 2013 - . pre-camp briefing. your personal calendar. please check your email inbox. check if there are any

Online Summer Camp - There is no limitation in learning new things in our online summer camp for kids. you can trust