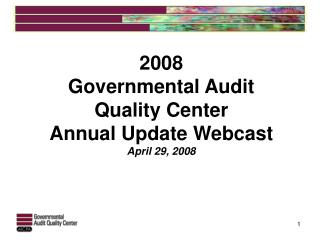 2008 Governmental Audit Quality Center Annual Update Webcast April 29, 2008. Program Objectives. This program is designed to help you: Get an update on Center activities and membership Learn about the latest technical matters relating to your 2008 audits

April 2008 - . wine is an alcoholic drink that is formed from the fermentation of grapes or grape juice. the word wine

April 2008 - . our purpose. create and implement recommendations that will provide consistent direction and focus for