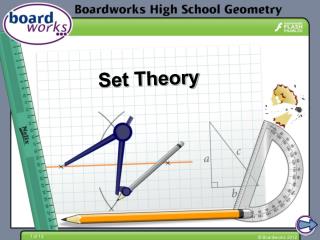 Set Theory. Information. Sets and elements. A set consists of objects or elements. The elements can be numbers, letters, etc. Elements are listed inside curly brackets.

GIS: Unifying Theory - 2. journalism is?. ?the central purpose of journalism is to provide citizens with accurate and

Arguers as Lovers by Wayne Brockriede - The importance of the debater in argumentation. the debater is a necessary