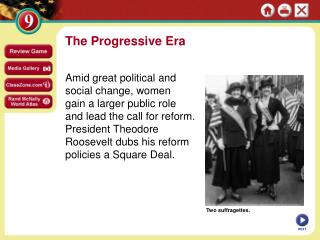 Suffragettes - . very few civil or political rights until 1884, a woman was officially part of her husbands

The Suffragettes - . who were the suffragettes?. at the beginning of the 20 th century only men were allowed to vote in

The Suffragettes - . the separate spheres. male. female. the beginning of the campaign. nuwss posters, leaflets, songs

Suffragettes &amp; Suffragists - . the suffragists contributed to some women gaining the vote in 1918. . revisionist

Key points – SUFFRAGETTES 1903-18 - . causes women did not have equal rights and opportunities with men. without the