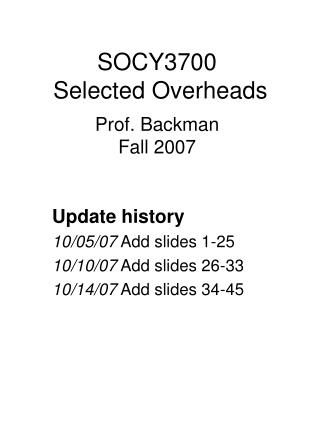 OVERHEADS - . any expenditure in excess of prime costs is known as overheads. in other words- overheads = indirect

Fall 2007 - Forging partnerships as a means to

Backman SOCY1000 Brass Tacks - . see the syllabus. for all details in writing, see syllabus close to a contract

In-Class Overheads - Ethics. an individual's personal beliefs about whether a behavior, action or decision is right or