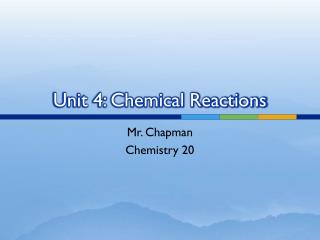 Unit: Chemical Reactions of Matter - . ueq: how does the structure of matter influence its physical and chemical

Unit #8 Chemical Reactions - . part 2 predicting products. review. a chemical reaction is the rearrangement of atoms to