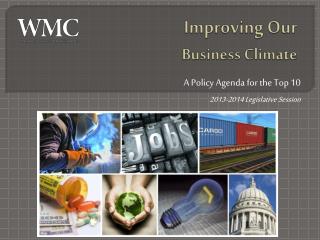 Improving Our Business Climate - . a policy agenda for the top 10 2013-2014 legislative session. improving our business

Improving Our Classrooms - . background. on its 6th run since september 2011 180 teachers have participated reaching over

Improving our Performance - . how can we ensure we do well in and out of school?. objectives. to identify our strengths

Improving Our Worship - . lesson 20. “for god is not the author of confusion but of peace, as in all the churches

Improving our Descriptive Writing! - . remember that your ‘who i am’ paper is a descriptive paper meaning that i want

Improving all our services - . welcome. share our vision and plans with you answer key questions you may have update you