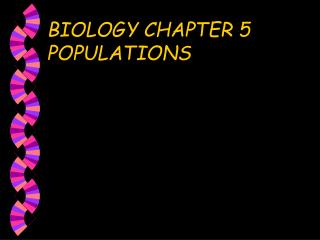 HUMAN POPULATIONS - . human populations. every second, on average, 4-5 children are born somewhere on earth. in that same

Biology 30 - . population studies. introduction of some terms. a population consists of all the members of a species that