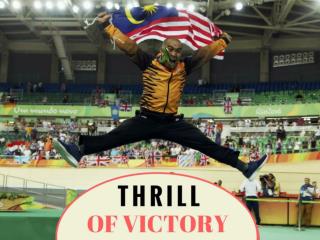 Jubilation at the Rio Olympics.

Oh grave where is thy victory. 1Corinthians 15:55 - . death is an unexpected

RITES OF PASSAGE - . self. culture. god. divine order. god. self. others. the miracle inside you. father son

Super Paper Calvin - . start. in a space station far above earth…. ah, yes… our victory over the puny inhabitants of

Oh grave where is thy victory. 1Corinthians 15:55 - . death is an unexpected

Lesson 17.2 – The War at Home - . today’s essential question: how did the civil war affect civilians?. vocabulary .

Victory - . 3312686. in the cities of the victorious allies, thousands flooded the streets to celebrate victory and the

SERVICE - . presented by: erinn wong district governor. why do you love service?. it makes me feel good i made an impact

Part 3 War on the Home Front - . how did wwii affect americans at home?. v-mail – victory mail. american involvement in