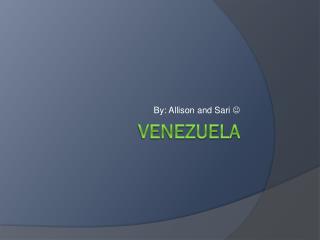 Venezuela's crumbling hospitals - Many of venezuela's 40,000 doctors are becoming increasingly militant over drastic

Venezuela - . by masun braun. where is my country?. venezuela is on the continent of south america. the countries that

Venezuela - . by: maricela dones. map of venezuela. population. venezuela has a population of about 27.22 million

ULAB’s and BAPU’s - . recycling of u sed l ead a cid b atteries in central america, venezuela, colombia and the