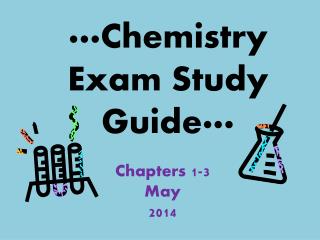 ···Chemistry Exam Study Guide···. Chapters 1-3 May 2014. Chapter 1. Matter and Change. Chemistry is defined as the study of the composition and structure of materials and…. A. the categories of matter. B. the changes in matter. C. the electrical currents in matter. CHAPTER 6 &amp; 7 ANSWERS STUDY GUIDE - . you can work with me on the study guide or you can study on your own. i

Subject 1 Study Guide - . ib 20 th century world history topics. 1. what were the aims of the participants and

Study Guide GST 102 Introduction to Philosophy and Logic - General information. it is mandatory for students to read and

Creative Writing Final Exam Study Guide - . 1. acrostic. a p oem or a series of lines in which certain letters, for

Chemistry Ch 7 Exam Review - . jeopardy. drill. use electronegativity difference to determine the bond type of the

Organic Chemistry Topic 11 Hw P 197 Q 1to18 - . the study of carbon and its compounds. organic chemistry. the study of