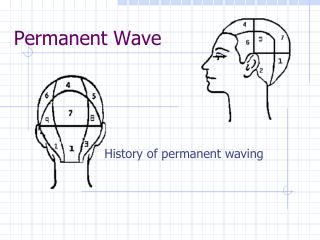 Permanent Wave. History of permanent waving. History . People have attempted permanent waving since Egyptians & Romans, but were not successful. It was not until the 20 th century, in 1905, that three professional permanent wave methods introduced a new art & science in cosmetology

Permanent Dentition - . 1 year. the formation of the permanent dentition has been described by schour and massier (1940)

PERMANENT EYEBROWS - Imagine this, you are invited to a wedding ceremony and you wake up late, you have to apply your

Permanent makeup - Sol cosmedics are specialists in the field of micropigmentation, otherwise known as semi-permanent

Permanent Transfer - . transferring permanent records to nara records must be scheduled as permanent legal custody is

Wave - . transfers energy without transferring matter. wave. a wave can be described as a disturbance that travels