The Roaring Life of the 1920’s - PowerPoint PPT Presentation 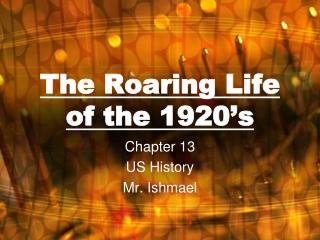 The Progressive Era 1900-1920 - . chapter 18. progressive movement. progressivism was an ideological movement of the