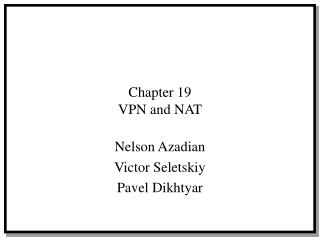 DHCP and NAT - . by - ricardo sanchez, ken wolters and william hibbard . what is dhcp ?. dhcp stands for