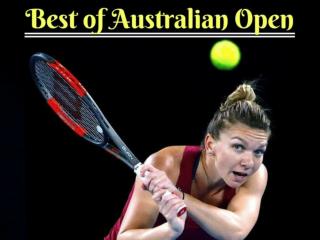 Highlights as the top seeds face off in Melbourne. Australian Kangaroos - . the kangaroo is one of australia’s most iconic animals, and most species are endemic to

Why Invest in Australian Iron Ore Exploration? Hope Downs and Beyond - . presentation to australian iron ore and steel

Australian animals - . which is the really large bird which can’t fly?. emu. which animal eats the leaves from gum

Saskatchewan Open House - We will be holding an open house at our general meeting this month. fort saskatchewan volunteer