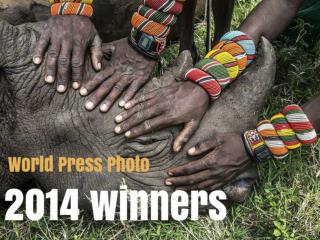 World Press Photo 2014 winners.The year in pictures 2014 are listed in this presentation. Photo: San Bernardino Press Enterprise - Leaving pets behind, even if you try to create a safe place for them, is likely