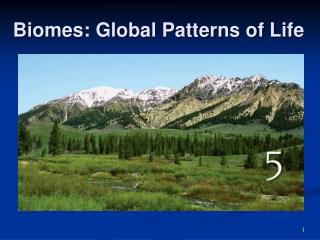 Global wind patterns - . wind. the horizontal movement of air caused by the uneven heating of the earths surface.

Global Wind Patterns - . what is wind?. wind is the movement of air from an area of higher pressure to an area of lower

Structure of talk The changing patterns of global life expectancy, 1970-2000? - Global variations in health and

Global Weather Patterns - . november 6 or 7, 2012. convection. the mixing motion of liquids or gases that are different

Patterns of Life 32-3 - . by: t.j. z. lesson questions. how was russia society organized? how did religion support the

Patterns of Life - . executive summary. the importance of religion spread of islam and christianity economic patterns

Africa: Traditional Patterns of Life - . pre-class. africa’s child how are girls viewed in some parts of africa? what

Patterns of Life in Africa - . proverb of the yoruba. read the proverb on page 85 in your textbook ( ch 4 section 2 )

Patterns of Life: Nomads - . nomads made their living moving from place to place, trading or herding livestock. they

Global Wind Patterns - . the circulations of the atmosphere (winds) and oceans (currents) are driven by sunlight hitting