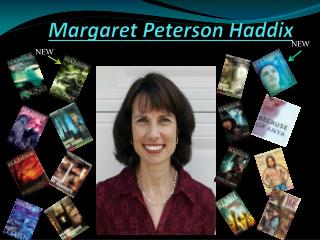 By: Kassidy P eterson - . were the red flag blows. s. different from us . there climate is hot summers and cold winters

Margaret Peterson Haddix - . michael cheek, 3a. biography. margaret peterson haddix was born in 1964. she grew up in

P M I - . lus. inus. nteresting. based on the work of dr. edward de bono. what is wrong with this?. will it cause