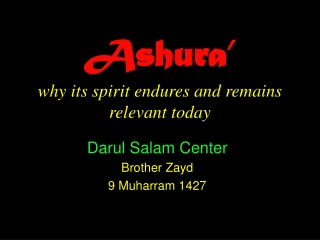 The Spirit’s Ministry to the Believer Romans 8:14-27 - . the spirit gives us life and freedom from the body of sin

Joel's Remarkable Prophecy of the Outpouring of the Spirit - . two most important questions of biblical exegesis. “what

4-H – A Relevant Solution - “ making the best better”. 4-h – a relevant solution. the state of the north carolina

The Indwelling of the Holy Spirit Part 3 - . holy spirit shows he dwells in christians today. the spirit uses the word to

Lecture 16: Interactions - . march 17, 2014. question. how relevant do you think regression will be to your career? not

Life in the Holy Spirit - . session 6. the early christians truly experienced the holy spirit at work in their lives. we

Let’s play… - . are you smarter than an evolutionist???. okay…. get ready. question. which of the following are

Holy Spirit, move within me Holy Spirit, come upon me now - . holy spirit, lead me to the secret place of prayer manifest