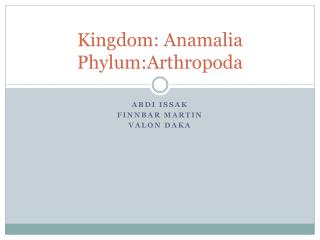 Phylum Arthropoda - . similarities between annelids and arthropods arthropods are metameric and their segments have

PHYLUM ARTHROPODA - . arthropoda characteristics . a ccount for 80% of all living animal species . arthropoda