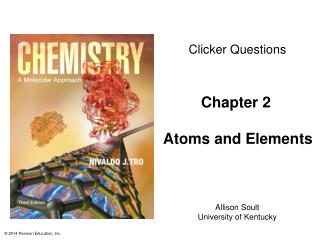 Periodic Table of Elements - . elements. science has come along way since aristotle’s theory of air, water, fire, and

Investigation 9 - . date : 10/30 lt: i can explain the relationship between elements and compound. sponge: throwback! how

CHAPTER 2 BASIC ELEMENTS OF C++ - . in this chapter, you will: become familiar with the basic components of a c++

The Basics of Chemistry for Biology - . atoms: the units of elements bonding: covalent vs. ionic water: water

Chapter 6 Electronic Structure of Atoms - . or “how i learned to stop worrying and love the electron”. problems with