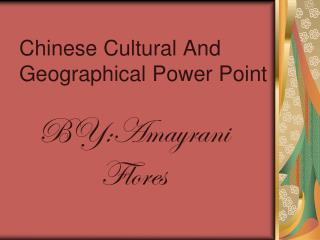 Obtaining the Power Point and Resources mentioned in This Presentation - . go to: www.restoringthefoundations.org log

20c China: From Republic to Communist Power - . the end of the chinese dynasty. the scramble for concessions. the boxer

Food and Culture in China - . julia kaesberg. where in the world is china?. china is located in southeastern asia.

Vietnam:History, Culture and Geography - . geography. what countries are on the borders of vietnam? the northern border