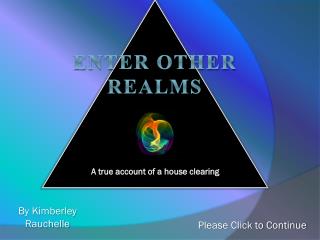 A true accoun t of a house clearing. Enter other realms. By Kimberley Rauchelle. Please Click to Continue. Where It Began. One summer balmy night in 1982 my friend and I went to a party in Burswood, Western Australia. As we entered the house, we noticed a weird energy. Medieval Realms - . 1066 &amp; all that. castles. what does the baron want? what will our castle consist of? what do

Realms of Fantasy - . by john m. busch. fantasy. unlike science fiction, fantasy deals with that which is not possible.

The Realms of Water - . submarine relief. hydrosphere. 71% of total surface of the earth term ‘sea’ used for water

Three Realms of Living - . moving beyond the natural. realm of the curse. we work but don’t get what we earn the fallen

Hubtown Realms Hughes Road Mumbai - Project description with perfect images .you will get all information

Angels, from the Realms of Glory - . words by james montgomery music by henry t. smart words and music public domain.