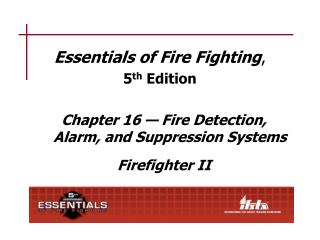 An Introduction to “Fire Fighting” - . fire is a serious hazard in india and on an average about 25,000 people dies