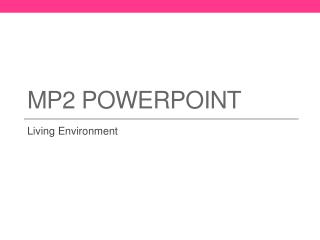 MP2 Powerpoint. Living Environment. Period 4 12/07/12. Attendance Test today No electronics during or after the test. Sit facing front. No talking or disturbing others. Raise your hand if you have a question Although – please don’t ask me to explain how to do a question!. Fix Your Really Bad PowerPoint by @slidecomet : based on an ebook by @ThisIsSethsBlog - Hate 'really bad powerpoint'? so

The Hobbit &amp; J.R.R Tolkien - . by lucas garcia. next. teachers. students. how to teach this powerpoint. - for