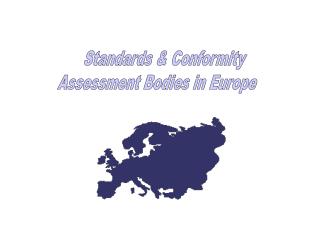 MODULE B - PROCESS - . submodules b1. organizational structure b2. standards development: roles and responsibilities

Conformity and Obedience - . conformity. a change in behavior or belief as a result of real or imagined social norms.

Eastern Europe - . this is how eastern europe looked in 1989… look how much the soviet union (u.s.s.r.) controlled!.

The TBT Agreement and Harmonization - . wto, trade and environment division. philosophy of the tbt agreement. stated