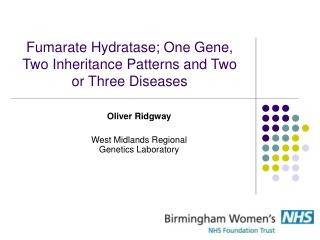 Chapter 9 Patterns of Inheritance - . heredity : the transmission of traits from one generation to another. variation :

A Smalltalk Patterns Safari - Brian foote the refactory, inc. why patterns? what’s new here is that nothing is new

Genetic Testing - . overview of genetic testing. genetic diseases often depend on the genotype of an individual at a

Introduction to Genetics - . the varied patterns of stripes on zebras are due to differences in genetic makeup no two

Chapter 9: Genes, chromosomes and patterns of inheritance 1 - . el: to introduce genetics, with a focus on chromosomes.

Chapter 15: The Chromosomal Basis of Inheritance - . essential knowledge. 3.a.4 – the inheritance pattern of many

Genetics and inheritance - . in your own words, explain the following terms. chromosome gene features gametes zygote

Chapter 14 Mendel and the Gene Idea - . inheritance. the passing of traits from parents to offspring. humans have known