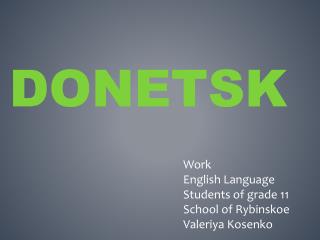 Donetsk under fire - Civilians caught in the crossfire in east

2010_02_24 Donetsk, DonNTU , 1.203 - . establishment of mechanism of cooperation and interaction between universities and