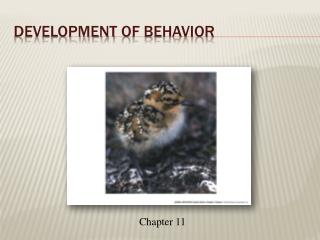 The Development of Behavior: - . points. all behaviors have some genetic basis. brain structure, vocal anatomy, etc.

Prenatal Development of Behavior - . how and where is embryonic behavior first produced?. is it myogenic?. or…. is it

Behavior Development b - . learning. learning is a change in an animal’s behavior linked to a particular experience it

Development of collective behavior in nuclei - . results primarily from correlations among valence nucleons . instead of

Behavior Driven Test Development - Specification by example. behavior driven test development. how did we get here?.