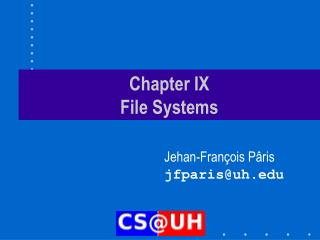 File Systems - . guide to operating systems second edition. objectives. after reading this chapter and completing the

Chapter 26 - . ftp. copying a file from one host to another problems in ftp two systems may use different file name

Chapter 10: File-System Interface - . objectives: to explain the function of file systems to describe the interfaces to