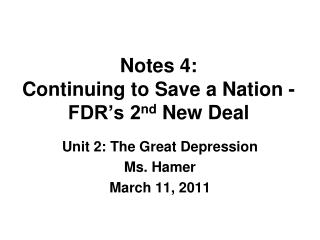 Continuing Professional Development - . #1 hpc standards for cpd #2 what you have to do #3 frequently aired gripes #4

US HISTORY: GREAT DEPRESSION AND NEW DEAL - . weber 217. unit 5: the great depression and the new deal. all of you will

Language--Meaning - Langston, psy 4040 cognitive psychology notes 12. language--meaning. where we are. we ’ re

Lecture 1: Prerequisites - These notes are intended for use by students in cs0401 at the university of pittsburgh and no

Pre To WWI NOTES - . canada begins as this history as a part of britain, and slowly moves away to become canadian. you

As notes - . would you ever live like a nomad ( communities of people who move from one place to another, rather than