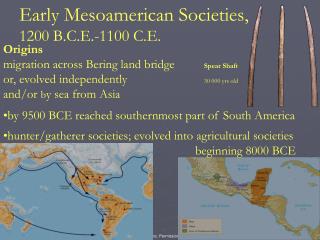 Classical Mesoamerican Societies - . the aztecs originated from a northern migrant group known as the chichimecas this

Early Mesoamerican Civilizations - . the olmec and the chavin. the isolated americas. total and complete—all the ideas,