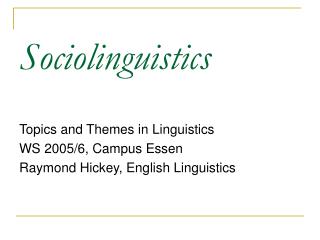 An Introduction to sociolinguistics (Holmes, 2008) - . linguistic varieties and multilingual nations as