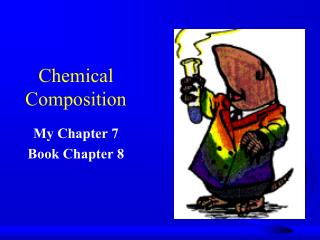 Cpt 4. CHEMICAL STOICHIOMETRY - . definition : study of proportions of * atoms inside substances ; * substances in

Chemical Equilibrium - . the nature of chemical equilibrium. reversible reactions. in theory, every reaction can continue

CHEMICAL BONDS - . a chemical bond is formed between two atoms if the resulting arrangement of the atoms and their

Chemical Kinetics - . kinetics. chemical kinetics is the branch of chemistry concerned with the rate of chemical

composition - . what is composition?. a pleasing arrangement of visual elements in an image a way to draw the viewer’s

Minerals and Mining - . chapter 14. minerals &amp; the environment. uses of minerals. what is a mineral?. naturally