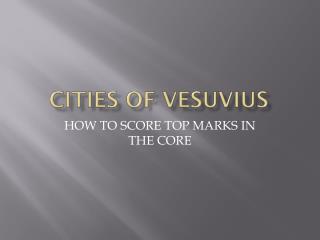 Cities of Vesuvius RELIGION - . sophia roberts andrea hissey. +. =. temples: temple of isis. artwork on the walls of the

Mt Vesuvius By: Ramzi Hazim - . location. mt. vesuvius is located in the bay of naples, italy. it is about 9 kilometers

The Eruption of Mt. Vesuvius in AD 79 - . why vesuvius?. mt. vesuvius lies on a fault , a break in the earth’s crust