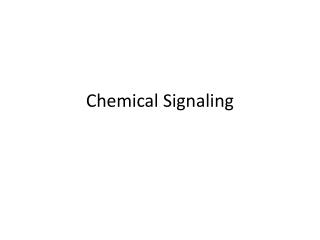 Signaling - . ( definition ) the exchange of information between call components required to provide and maintain

SIGNALING - . to establish a telephone call, a series of signaling messages must be exchanged. there are two basic types

Cell Signaling - . lecture 27 chapter 16. eyeless. cells can exist as single celled organisms or be part of a

Cell Signaling - . i. overview. soluble chemical signals sent from one cell to another are essential for communication