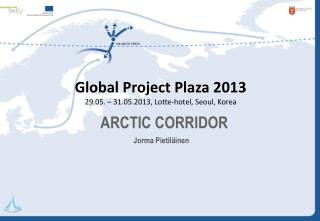 Arctic - . arctic is the area around the north pole. it consists of arctic ocean and parts of canada, russia, greenland,

Corridor Tiles - Restored tiles at the

Corridor Manchester - . corridor manchester is the first partnership of its kind in the uk members include; uom, mmu,

FAST Corridor - . freight action strategy for everett-seattle-tacoma steve sewell parsons brinckerhoff. what is it?. a

Arctic Wolves - . by oscar. where they live. the artic wolf is a wild dog that lives in the canadian artic. it is a fast