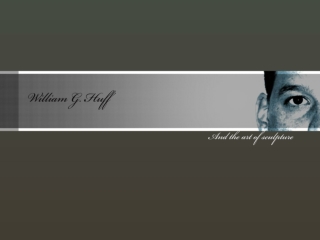 William G. Huff. And the art of sculpture. Who is William G. Huff?. William G Huff was born on February 3, 1903 in Fresno, California At the age of 15 he moved to Oakland where he attended Oakland Technical High school. Introducing Caitlin Huff - . a biography on my life…. my family members will there's my mom and dad. now my siblings

Huff Hartz Research Group - . what are aerosol yields from a precursor mixture that reflects the complexity of