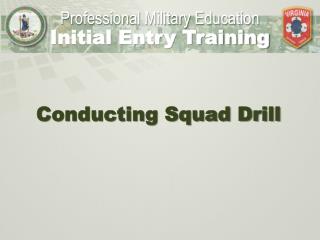 Battle Drills - . fm 7-8. how to knock out a bunker and set an ambush. task: your squad receives a mission to knock out

Drill and Ceremony Class - . tlo. the purpose of drill and ceremony is the proper way to maneuver an element, i.e squad

Drill The _______ side of the brain is mainly responsible for analyzing visual elements. - Monday, 9/9 objectives: how

Drill Who is the artist that created the work to the right? - Tuesday, 1/28 objective: identify processes and materials