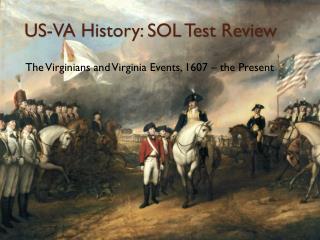 AAUS Test Review - . for scubanauts international. here’s what to do:. get out a piece of paper and something to write

US History EOCT Review - . mrs. c. ssush1 the student will describe european settlement in north america during the 17th

Test Review - . 1. in “speech in the virginia convention,” patrick henry says, surprisingly, that he must take a

The Odyssey Test Review - . leach/ flatt to be used with activexpressions voting pods. the odyssey test will be:. a total

Practice Test US History Unit Seven - . instructions for use click the mouse and a question will appear, some with

The History and Identification of the Gifted - . the history of gifted and talented early 1900’s. 1925- lewis terman

The Odyssey Test Review - . the odyssey test will be:. a total of 50 questions 40 multiple choice 10 matching names to