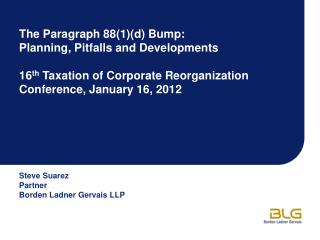 PTX Personal Taxation - . introduction. tax: 3 rules of thumb. if you increase your wealth, expect hmrc to tax it claim

Insurer Reorganization and Restructuring in the US and UK - . geoffrey etherington - partner, new york edwards angell

Moving to the Five Paragraph Narrative Essay - . a write on activity. how do you move from the graphic organizer to a