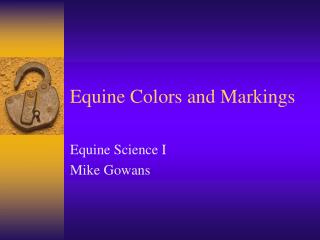 EQUINE MARKINGS AND COLORS - . vet tech. classifications of horses:. a pony is a horse under 14.2 hands tall that weighs

BONE MARKINGS - . every bump, groove, and hole has a name on your bones. bone markings. two types of bone markings:

Road Markings - . alyson slomko. what are road m arkings?. road markings have the same force of law as signs or traffic