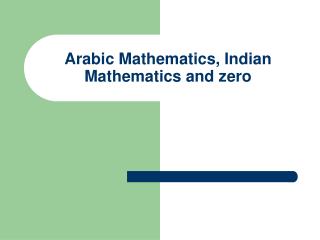 Arabic Mathematics, Indian Mathematics and zero - . al-khwarizmi. born: about 780 in baghdad (now in iraq) died: about