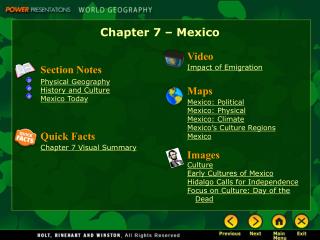 The Aztec Calendar - . this is the aztec calendar, perhaps the most famous symbol of mexico. the original object is a 12'

Mexico and the Cold War: The International Context of the “Perfect Dictatorship” - . halbert jones, ph.d. office of